WASHINGTON, U.S.--On April 14, the Pentagon announced that the State Department had approved the sale of 12 AH-1Z Attack Helicopters and associated systems, data, and weapons to Nigeria.

TORONTO, Canada--Amid tensions with NATO over Ukraine, Russia successfully conducted the launch of its intercontinental ballistic missile “Sarmat” from the Plesetsk cosmodrome in the Arkhangelsk region. This was reported on Wednesday by the Russian Defense Ministry.

LONDON, UK--Russia sent a formal warning to the US not to send more arms to Ukraine or it could face “unpredictable consequences”, it has been reported.

Vietnam-Malaysia ties: A Partnership With Potential

KUALA LUMPUR, Malaysia–With the upcoming inaugural visit by the Malaysian Prime Minister Ismail Sabri Yaakob to Vietnam on March 20, it is expected that new opportunities will be explored for the betterment of bilateral ties as well as the strengthening of the Association of Southeast Asian Nations (ASEAN).

SACRAMENTO, U.S.--Russia’s attack on Ukraine has profoundly rattled Taiwan, prompting the island to double down on the buildup of its own missile force.

Belarus Votes To Give Up Non-nuclear Status

SEOUL, South Korea--The military has successfully test-fired a long-range surface-to-air missile(L-SAM), one of the key elements of the country’s missile defense program.

China Sanctions US Arms Suppliers Over Sales to Taiwan

SYDNEY, Australia--A Chinese Navy vessel aimed a military-grade laser at an RAAF P8 Poseidon aircraft while sailing through Australia’s Exclusive Economic Zone, potentially risking the lives of up to 10 defence force members, according to the Defence Department.

LONDON, U.S.--For those paying attention to the worrying advances in hypersonic weaponry by China and Russia, the news that the Pentagon is pushing US defence companies to hasten their own progress on hypersonic weapons is a welcome development. The race must now be on to catch up, or risk ceding the advantage to America’s adversaries.

Hypersonic Weapons Remain A Priority For Raytheon And Department Of Defense

WASHINGTON, U.S.--The Pentagon is working to fast-track a new generation of hypersonic weapons as part of a deliberate push to close any possible technology gap between the United States, China, and Russia.

WASHINGTON, U.S.--Sources in the Pentagon have told Reuters that the Biden administration is poised to propose a budget for national defense that could top $800 billion for FY 2023, an enormous sum that far exceeds the levels reached at the peaks of the Korean and Vietnam wars or during the Reagan buildup of the 1980s.

MARYLAND, U.S.--An Annapolis, Md., man pleaded guilty Monday to attempting to give confidential information about the Virginia-class submarine to an unnamed country.

BEIJING, China--A day after a US dual aircraft carrier group entered the South China Sea attempting to flex its muscles against China, an F-35C stealth fighter jet had a landing mishap on one of the carriers during flight operations on Monday, with analysts saying on Tuesday that the accident exposed the exhaustion of the US military, which has been flaunting its prowess against China at the cost of the physical and mental health of its troops and high technical risks.

WASHINGTON, U.S.--As the world watches the Kremlin’s military build-up along the Ukrainian border, the Irish military is worried about Russian naval activity in its own backyard. That’s where Russian exercises are set to take place dangerously close to strategic undersea communications cables that represent an overlooked element of a potential Russian escalation: an effort to blind the world to events unfolding in Ukraine.

Will Russia Make A Military Move Against Ukraine? Follow These Clues

WASHINGTON, U.S.--For weeks, the eyes of the world have been on a Russian troop buildup near Ukraine, as Western officials struggle to decipher Russian President Vladimir Putin’s intent: beef up his attack on Ukrainian sovereignty, or bluff his way to key concessions?

The Benefit Of Truly Understanding Iran’s Missiles, Military, And Strategy

WASHINGTON, U.S.--The United States has an outsized obsession with Iran, but our political leaders and policymakers often have a distorted view of the Iranian government’s goals and capabilities. 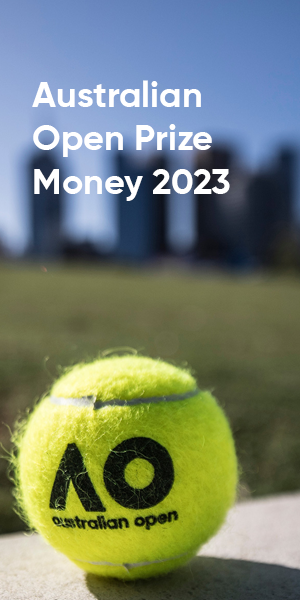 Is There A Malaysian Deep State?